The Society began performing in 1974, initially at the Technical College, but in 1982 moved to the Regal Theatre, which has been its happy home until last year. The Society was largely responsible for the re-opening of the Regal for live performances after it having been used as a cinema for many years. This year marked another move, to the Acorn Theatre, another popular local venue.

The aims of the Society are to provide the members with an enjoyable recreation, to give opportunity for local people to develop their theatrical talents and to provide the community with quality live theatrical entertainment
Members of the Society range in age from 16 to over 70 years old, with the addition of children under 16 who take part in our musicals when required. Full membership begins at 16, and all applicants are asked to take a small singing and movement audition, to ensure their suitability to take part in the shows. In numbers the membership is usually between 50 and 60, which includes many non-acting members who work backstage or front of house.

WLOS is made up of a committee, members, production officials and volunteers.

We usually perform twice a year performing in May and November with either musicals, concerts or revues along with appearances at special events. In addition we perform at various events throughout the year and produce charity concerts supporting local charities.

Our usual venue for our productions is The Acorn Theatre, Worksop.  http://www.acorntheatre.net/

We rehearse Wednesdays from 7.00 - 9.30pm and Sundays depending on the show at 6:30-8:30 and mondays closer to a production, upstairs at the Miners Welfare, Worksop

In 2014 the Society celebrated its 40th anniversary, and hopes to continue entertaining the people of Worksop and District for many more years to come. 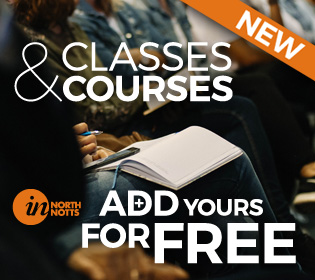